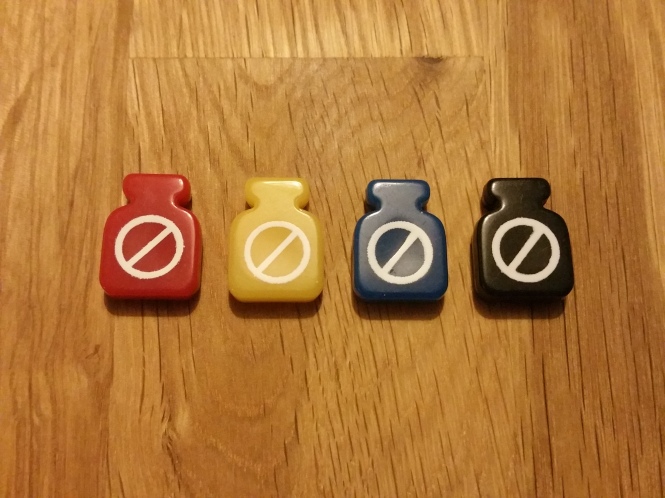 What can I say about this game that’s not already been said?

Consistently voted one of the best board games ever made, and with enough expansions to last a lifetime, Pandemic has earned the title of modern classic, right up there with the likes of Carcassonne, Dominion, Catan and the rest.

I don’t have much time to play many of the so-called big box games at the moment, but Pandemic was a must.

This co-operative game sees players take on roles of experts dealing with a global outbreak of diseases. These roles – including scientist, contingency planner and medic – give players unique abilities which help in the fight against these plagues.

As the game progresses, the diseases spread across the board from city to city, occasionally sparking an outbreak which can cause them them to multiply faster than normal.

Players must move around the board, treating the diseases as best they can to prevent too many cities being overrun.

Cures must then be found, by turning in specific cards and establishing a research station to aid in the fight.

The game is from designer Matt Leacock, and may be familiar to those who have played Forbidden Island and Forbidden Desert. All three games work with a fairly similar basic mechanic.

Each turn, ‘the game’ fights back against the players. In the case of Forbidden Island, the waters rise until card tiles are flooded, finally disappearing under water, permanently changing the game’s play area.

In Pandemic, cards are drawn which establish where to place infection markers, and occasionally outbreaks are caused which can really screw with your game.

These occur when a city already has three infection markers – instead of adding a fourth, disease spreads to any connected cities. If any of these already have three markers, the outbreak continues in a chain reaction.

This is bad, because if too many outbreaks take place, the game is lost.

So players must journey around the board, treating infections where they can to stop the risk of outbreaks being too great.

As they go research stations are established which, once a set of criteria are met, allow players to cure a disease, stopping any more markers of that disease being placed on the board.

There is one way to win the game, by curing all four diseases. However, there are three ways for players to lose the game, including allowing too many outbreaks to occur.

Before I bought Pandemic I’d read a number of opinions on whether it made a good two player game or not. Some said it was easier with two players, others felt it more difficult.

There’s arguments for both I guess. The more players are taking part, the more chance they have to stay on top of disease control, and the more special abilities a group has to take advantage of.

However, the more players taking part, the more chance there is for an epidemic to pop up.

So far, I’ve done ok, more by luck than judgement I think. It can be a fiendishly difficult game, and can turn against you very quickly.

Once I beat the game on the last possible turn before we were to lose, and there is a real sense of tension as you play.

It’s a great game. As you’d expect, the components are first rate, and there are a lot of expansions which breathe new life into the game if it ever gets stale. This is one I’m proud to have in my game collection and I just get the feeling that it will stand the test of time and still be relevant and fun for years to come.