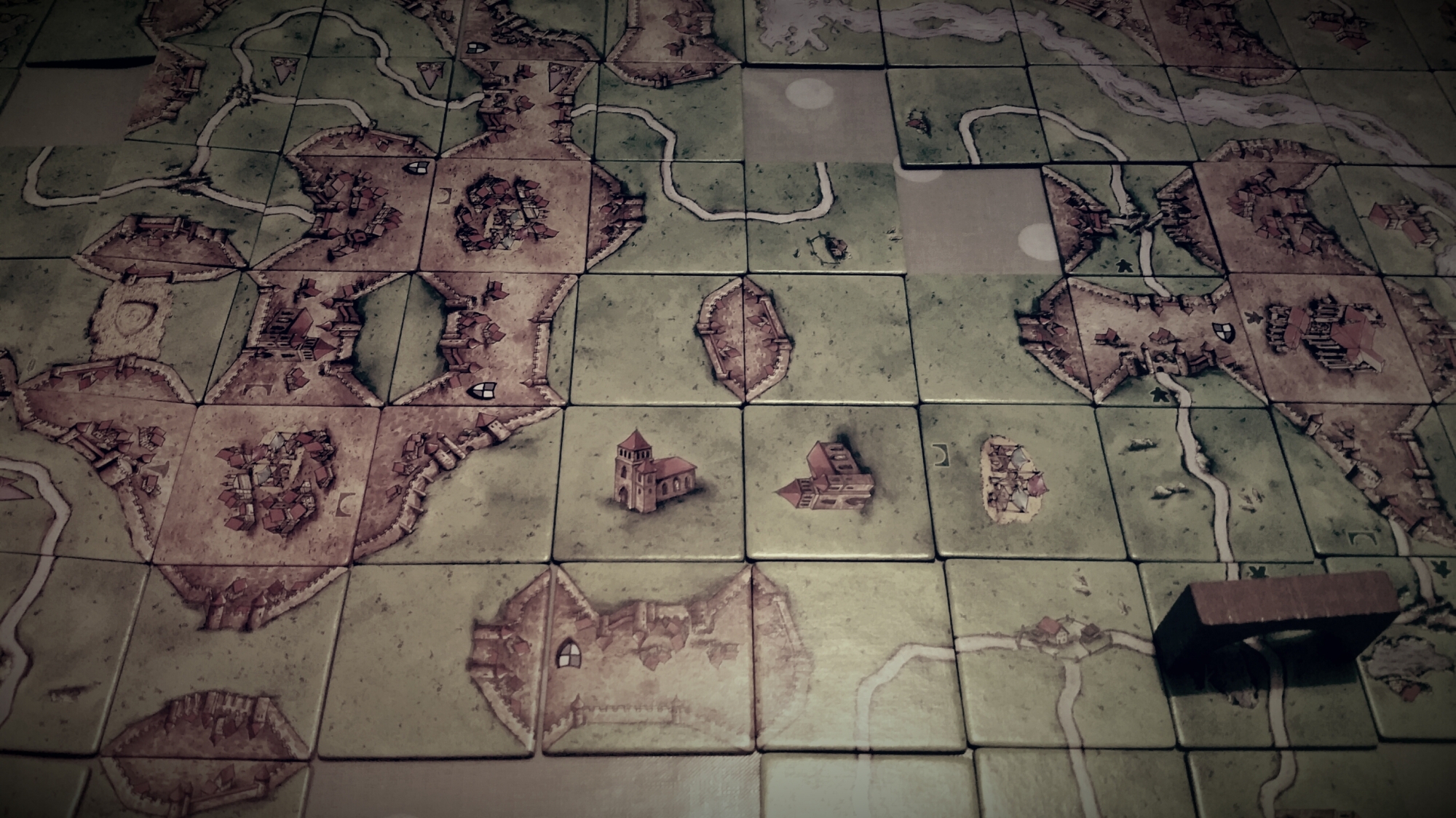 What are Carconnonne mini expansions?

Carcassonne, see my review here, is a classic Euro game, and was also the very first game my wife and I bought. It will always be a little bit special for us as a result, and some of our best gaming nights have involved Carcassonne and the friends who first introduced us to the game.

There are a lot of expansions to Carcassonne. Some are fairly large ones, with a bunch of new cards or scenarios – introducing bridges to the game, for instance – but some are mini expansions which hold just a handful of new tiles.

I was recently bought two of these as a present – The Messengers, and Mage & Witch.

The Mage & Witch expansion introduces new tiles which mix in with the base set. When these are drawn, with their Mage & Witch identifying icon in the corner, the active player can move either one of special Witch or Mage meeples onto an uncompleted city or road on the board.

If one of these features is completed with a Witch present on it, the player only receives half the points they normally would. But if the Mage is present, the score is doubled. This is a nice little mechanic which encourages more player interaction and I quite enjoyed it.

Meanwhile, the Messengers expansion introduces a bunch of tiles to the game which sit to one side away from the main stack of game tiles. It also introduces a new meeple to the game for each player. These meeples sit on the score track, and each turn a player can choose whether to move his regular meeple around the track, scoring points the traditional way, or to move his messenger meeple.

If a messenger meeple lands on a dark-coloured space on the track, the player gets to draw a messenger tile. These have new actions on them, which will allow them to score extra points under the right circumstances.

I wasn’t as impressed with the Messengers.

So, does it work with two players?

I think the Mage & Witch does. It’s a nice addition to the game, and if you enjoy a little ‘take that’ mechanism, taking points off your opponent, then you’ll enjoy it.

I was playing a two-player game, and inevitably such a game is simply a race to score as many points as possible. So sacrificing points to move the messenger meeple instead just wasn’t on the agenda.

We did it a few times to see what new tiles we could draw, but the result was never quite enough to warrant doing it again. I think the Messengers expansion probably works best with three or more players.

Check out the game’s official website, which also lists all the available expansions, here.